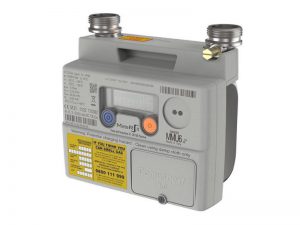 SIT says the certification is a testimony of the accuracy and reliability of the hydrogen meter for use in Europe, the UK and other non-EU countries.

The hydrogen meter was developed using funding secured from the UKs Department of Business, Energy and Industrial Strategy as part of the Hy4Heat initiative which is designed to create a roadmap to accelerate the shift from natural gas to hydrogen use in consumer homes and buildings.

MeterSits hydrogen meter has been installed and being tested in 100% hydrogen-powered homes in Gateshead in north England, according to a statement.

Federico de Stefani, Chairman and CEO of SIT group, said: “After the satisfaction of seeing our products installed in the hydrogen houses in the UK and exhibited at COP26, we are proud to obtain this certification for our 100% hydrogen meter which allows us to move from a test phase to a production phase.”

The certification comes at a time when the lack of infrastructure for hydrogen production, storage and transportation has been identified as one of the greatest challenges to market expansion.

However, increased investments by governments and market players in hydrogen technology innovation are changing the landscape for the better.

The complete article was originally posed on Smart Energy International

Contact us for more information about hydrogen testing and certification services.

This website uses cookies. A cookie is a simple small file that is sent along with pages from this website [and / or Flash applications] and is stored by the browser on the computer's hard drive. The information stored therein can be sent back to the servers on a subsequent visit.

The preferences of visitors can be remembered with the help of functional cookies. As a result, it is not always necessary for visitors to repeat preferences. This ensures a more pleasant user experience on the website.

To guarantee the privacy of our visitors in the best possible way, a processor agreement has been concluded with Google (the company behind Google Analytics), the last octet of IP addresses of visitors has been masked, personal data is not shared with Google to improve other services and the 'share data' function is disabled.